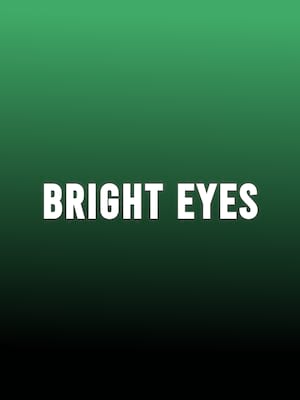 It became very much like a sing-a-long, where the crowds singing and Oberst's meshed into one.

Indie-folk-rock trailblazers Bright Eyes have revealed the massive news that they are returning in 2020, after almost a decade since their last album. The Omaha group comprised of singer-songwriter Conor Oberst, producer and multi-instrumentalist Mike Mogis and pianist Nate Walcott have signed to Dead Oceans (home to Khruangbin, Phoebe Bridgers and Dirty Projectors among others) and delighted fans by announcing shows at the Hollywood Palladium LA and Forest Hills Stadium in NY, with more to come.

The members certainly haven't stayed quiet during Bright Eyes' decade of hiatus. Conor Oberst has released 4 more solo albums and formed the band Better Oblivion Community Center with Phoebe Bridgers. Nate Walcott has been performing as a freelance pianist with the likes of Red Hot Chilli Peppers, U2 and Jenny Lewis, while Mike Mogis has been producing records for acts such as First Aid Kit and Anthony D'Amato. But this much awaited return is the event fans have been waiting for, with the huge upcoming shows signalling an ambitious and triumphant new era for the band.

Sound good to you? Share this page on social media and let your friends know about Bright Eyes at College Street Music Hall.