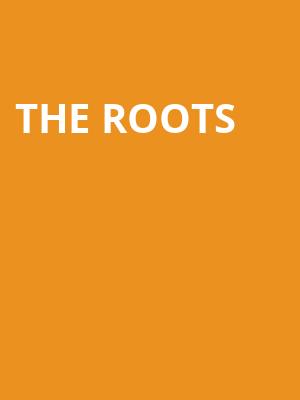 Don't miss the legends on tour!

Why See The Roots?

Though popular success has largely eluded the Roots, the Philadelphia group showed the way for live rap, building on Stetsasonic's "hip-hop band" philosophy of the mid-'80s by focusing on live instrumentation at their concerts and in the studio. Don't miss your chance to catch the electric collective live when they head to a stage near you this year!

Releasing their first studio album in 2003, The Roots have garnered three Grammy awards for their jazz-infused and eclectic take on hip-hop. With more members than So Solid Crew (which is impressive) The Roots have become one of the most influential hip-hop groups in the world. With the band a part of the Philadelphia Music Alliance's Walk of Fame, The Roots continue to grow and develop their fan base, which are a mix of older 80s hip-hop heads to younger fans.

You may be required to have had a COVID vaccine in order to attend this performance or show proof of a negative test. Please contact the venue directly for more information on this.

Seen The Roots? Loved it? Hated it?

Sound good to you? Share this page on social media and let your friends know about The Roots at College Street Music Hall.